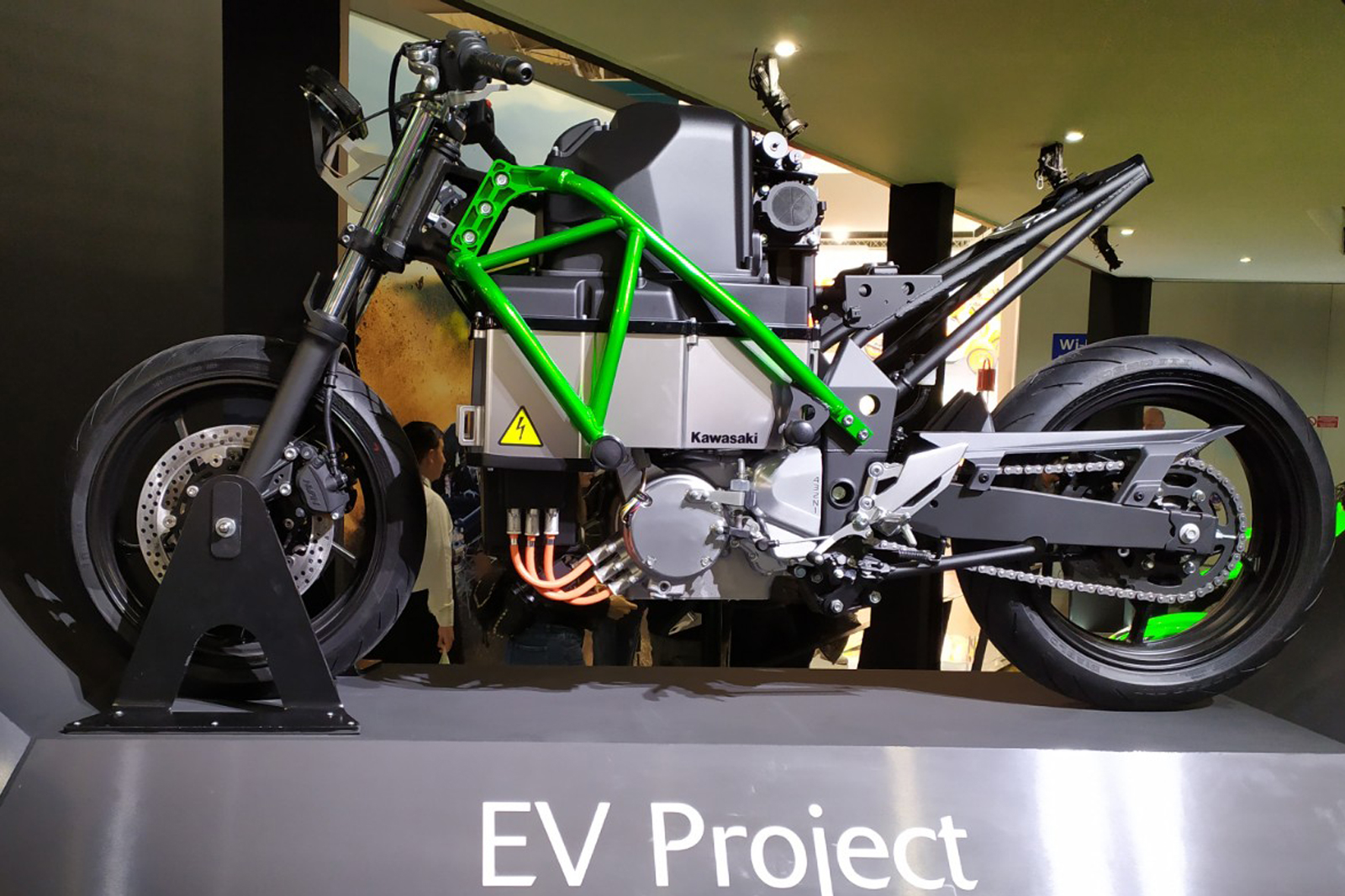 After years of development behind closed doors, Kawasaki has unveiled the makings of a new electric bike to the public at the Eicma motorcycle show in Milan.

Far from being just a showpiece or design concept, Kawasaki say the bike has already been run in tests on track and on road in Japan.

The machine is different to other electric projects we’ve seen from other manufacturers in that it uses a chain for final drive and a four-speed traditional gearbox. Because of the incredible torque you get from an electric motor, many electric bikes just use one long gear and do away with the gear shifter altogether.

This decision wasn’t made from a purely technical perspective though, with Kawasaki's European PR Manager, Martin Lambert, claiming the inclusion of the shifter was aimed at giving riders a familiar experience.

"We didn’t just want to make an EV for electric bike customers," Lambert told MCN. "We started by thinking what existing Kawasaki customers would want from an electric bike and the feeling of involvement you get from changing gear is important to a lot of motorcyclists."

What's more, rather than building an electric bike that emulates a litre-bike, Kawasaki has opted to build something that sits in the middleweight sector with the look and feel of a Ninja 650 to appeal to a younger market. Despite such in-depth development, Kawasaki claims there’s currently no intention to take the bike to market and it is still very much a technical project at this stage.

"There’s no date that it would be available, it’s just to prove to people that [Kawasaki] are interested in alternative technologies and we can explore that," continued Lambert.

"But, we’re also focused on gasoline, we’re working towards Euro5 and even the W800 is Euro5-ready, so the electric is more of a technical, moral, ecological question.

"From a Kawasaki point of view, we make bridges, planes, and spaceships, so it would be wrong to assume that if we don’t make a petrol two-wheeler we can only make an electric. We’re exploring types of power, vehicle layout, and vehicle usage in lots of other ways, too." 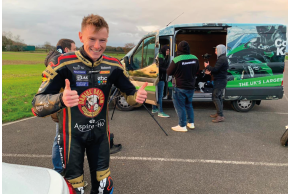